I spent 4 days during this time on the Bluebyte Game Jam, so the time I spend on the game was reduced. I implemented constructing buildings and destroying them (without crashing the game) as well as UI for Buildings and Subjects. I also improved the Camera movement a little.

Destroying buildings was more complicated than it might sound. Not only did I have to remove the actor from the scene, I also had to remove the building from the Jobmanager, and cancel all active jobs that use this building!

Clicking on lots and Subjects opened up a UI which displayed important information about their state.
In terms of the lot this included the Name, Health and Stockpiles. In crafting buildings also the recipe. The name was split into the player label, which could be changed, and the LotType which would be unchangeable. There was also a button to destroy the lot.

On SubjectUI, there was also the Name and Health, but additionally the Foodbar. There would be more soon, like the building the Subject was assigned to, or what they were currently doing. 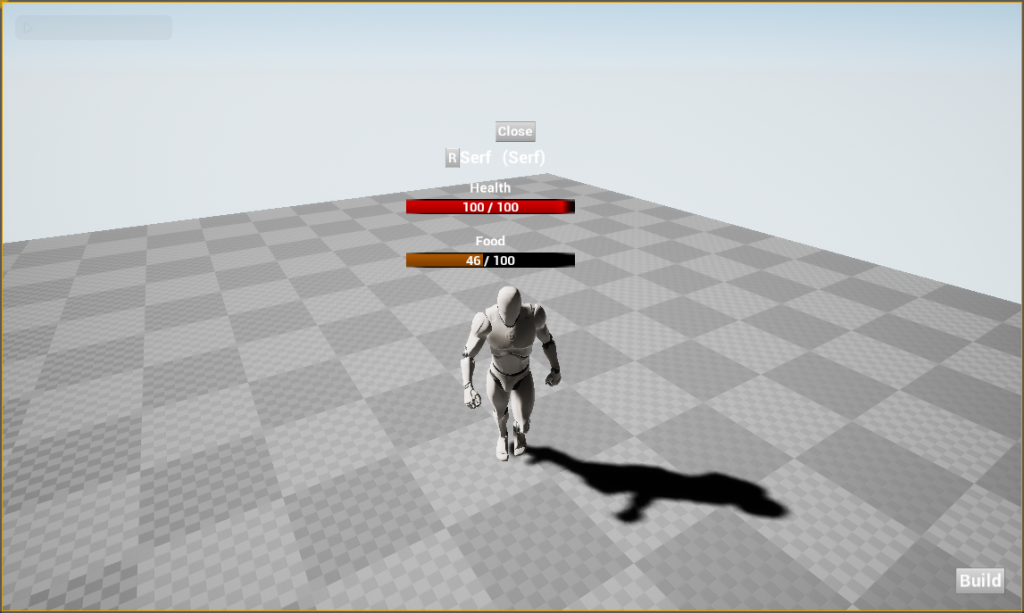 I was still missing some critical parts to make the UI look good (a background especially…), but in this state the game was playable without having to look at the details panel to see what was going on. 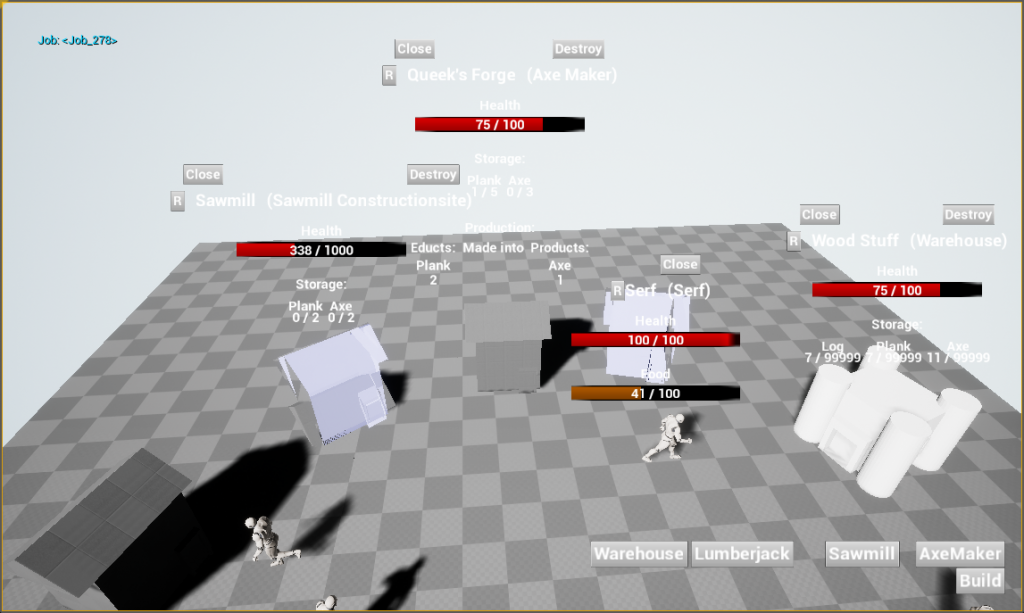