The multiplayer I had achieved at the end of week 12 could be called “Co-op”, all players in the game controlled the same buildings and subjects. Week 13 was spent turning that into opposing players. The following week I decided to add some polish to the game, so I added some menu stuff and I finally introduced sound.

In the Void between the Years not much usually happens, but I started off the opposing players feature. What I knew from the beginning was that I needed a player-identifier, to be able to say whether an actor belonged to player one or player two. It took me some back and forth until I found the best place for that identifier, and I still wasn’t sure I would leave it there… But by the end of the first day each player (owner or not) got a different UI from clicking a building / subject.
After another day’s worth of work I was done. Subjects no longer interacted with another player’s buildings, and the player-identifier was assigned to all construction sites and newly educated subjects.

I already had a menu that I made while following the multiplayer-lobby tutorial, and it was time to expand it to a proper main menu.

While I was at it, I quickly made a help page (a wall of text) and a credits page. The options button, which I added “just because” was actually in use, I had three sliders for BGM, FX and UI Volume. These values saved to playersettings, and were loaded when the game launched!

I also made a proper pause menu. Before, I had a pause button, and pressing escape would show a popup asking whether the player wanted to quit the game. Now escape pauses the game and brings up the new pause menu. 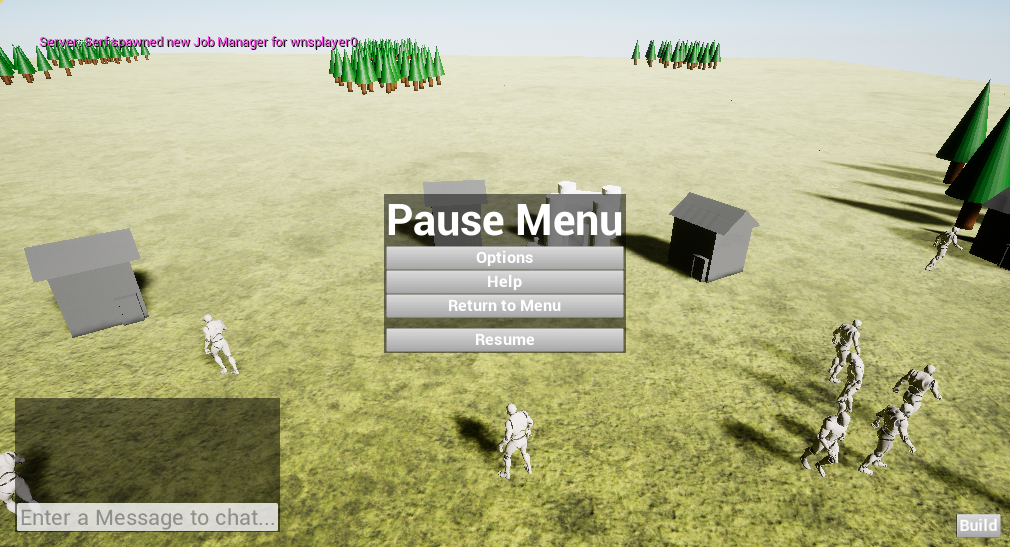 Furthermore, I added the option to select a server to join for multiplayer. I renamed the old option to “Quickmatch”. This server list displayed all sessions that could be found. At the time it wasn’t user-friendly at all, as the servername displayed was not the one the host typed in, but the machine-name of the session. I hoped to change this in the future, but for now this was acceptable.

I did some more behind-the-scenes stuff for the Lobby, specifically the Game Settings that involved creating a map-select struct.

I used to ignore sound until the very end despite knowing how much of an effect it could have. This time I wanted to add at least a basic amount of audio-feedback for the next playtesting session.

I started off the way I know best; I made a new document outlining what I needed sounds for. For now I just wanted some feedback for stuff the player could actively do, which was UI clicks and placing buildings. I generated a nice click sound and added it to every button in the game, and also played it when a UI opens. I “borrowed” a few more sounds from different sources and implemented them too. I also added a background music.

The more interesting part (as a programmer) was making the options. I’m not going into details, but Unreal’s sound system seems a bit quirky, so it took me a bit to figure out the best way to change the volume. However doing it the way I did made me think about keeping the settings saved for the next session of the game, so that’s cool.

I always do a few minor changes along the way but this time there were more than usual, as I wanted to have a more polished experience for the playtest. Changes included: 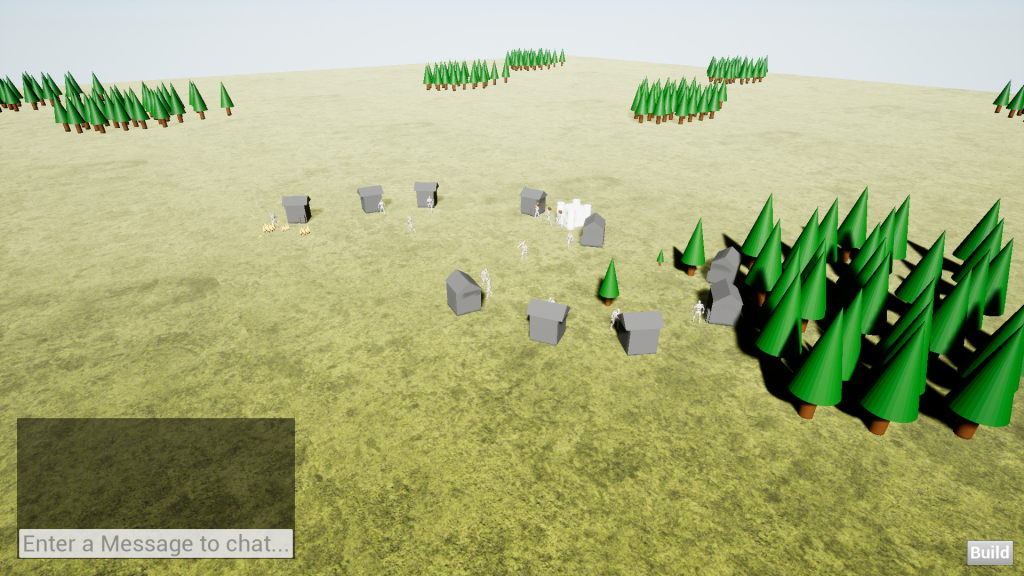 State of the game on January 7th 2018. Like the week before, it appears as if not much has changed, because the main game is still pretty much as it was four weeks ago. Also, I guess, even if I had added new buildings, they would be indistinguishable from the old ones, as I’m reusing the same model over and over… Most of the visual changes were the menus I showed above.