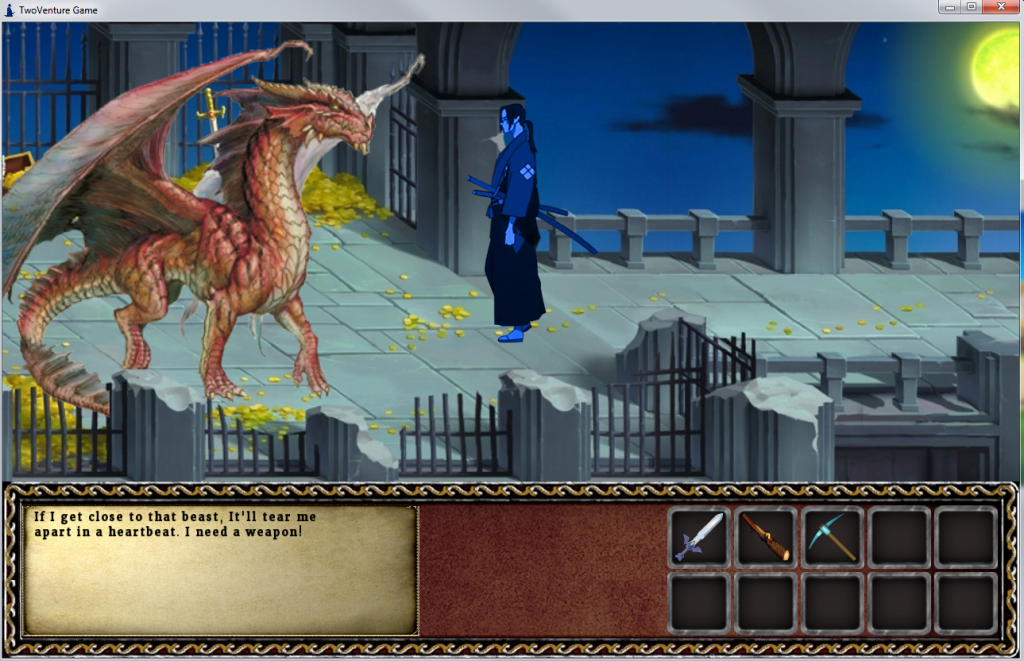 TwoVenture Game is a classical 2D Point&Click Adventure written in C++. The player takes on the role of a samurai who finds himself in a strange place, and attempts to find his way back home. The game is filled with silly references to different franchises and is almost more of a tech demo than a proper game, as I spent most of my time on designing the engine, rather than the game.

The engine code is not dependent on the game code, so you could easily make any other game (within the engine’s capabilities) using just the engine files. I also made a debug window module which can be used with other SFML applications.

This game is the result of the Semester Task in my third semester at cologne game lab, and I worked on it alone.
The task was to create a Point&Click adventure using only C++, SFML, and tinyXML. I learned all of these things within one semester and applied them in the game to my best efforts, and I am very satisfied with the outcome!

Watch the Gameplay Video (choppy video and desynchronized sound only in the recording):