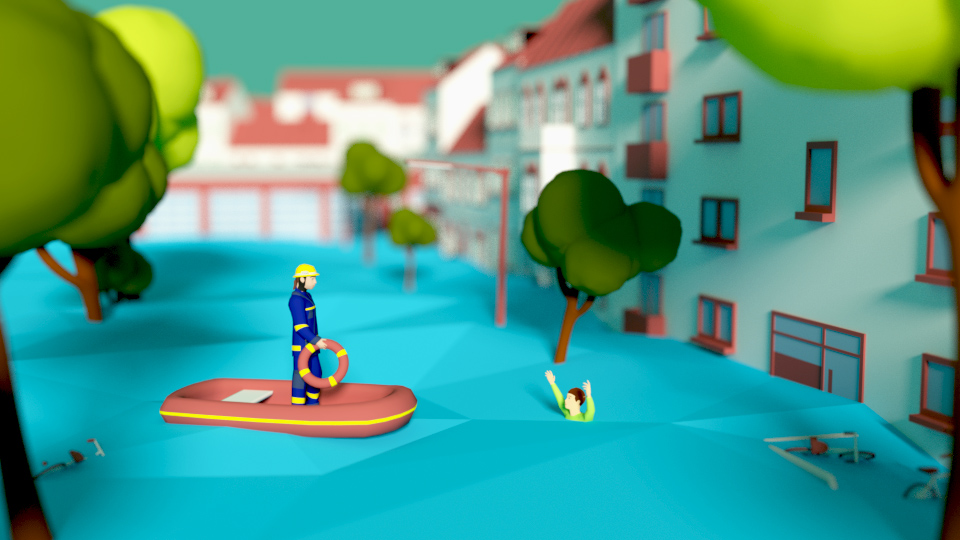 Rescue Tactics (previously Force of Nature) is an educational game about natural disasters.
The player takes on the role of a local first responder in the event of a natural disaster. They need to navigate a city full of hazards retrieve a citizen in danger, and get them to safety.

We made Rescue Tactics in our sixth Semester of Studying at CGL. Besides me, the team consisted of Alicja Ossowski, Caterina Böhm, Tatjana Engels, Anna Rosenkranz (Artists), Dmitry Borovikov (Programming) and Andreas Gefken (Design and Management). In addition, we partnered with two students of geography didactics from Uni Köln who acted as our experts.

I was the main programmer during this project. I setup the project and prototyped the two gamemodes. During the project I still did most of the programming work, including everything relating to the levels (except sound). I also guided the Dmitry in his work, as it was his first time using Unreal.
Since the game needed to be in german and in english, I also handled the technical aspect of localization.

This video shows off pretty much all of the content and features of the game.

Download the game HERE.
You can read more about the development Process HERE.
The Game was published on the University of Cologne’s Website for Geography didactics, see HERE.