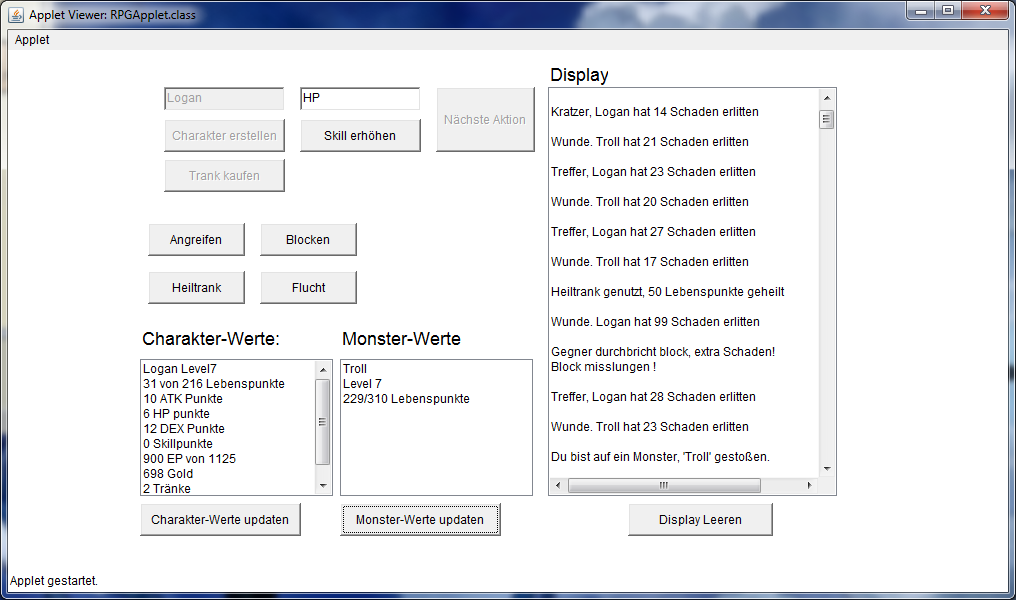 RPGGame was the very first computer game I made.
It is an Applet/Text-based, turn-based Dungeoncrawler. The player fights his way through a dungeon to defeat the Dragon Fafnir.

At every new turn of the dungeon, the player can find a potion seller or a monster. There are different monsters with strengths and weaknesses and a bossmonster, which has special abilities.
It features a helpbox with tips about gameplay, and cheats.
The fights play a little like Pokemon, in that the you have 4 options (Block, Attack, Potion, Run).

I started making the game in my own time, and was then allowed to adjust and hand it in as my Facharbeit in Year 10 at school, March 2013. I added the Bossfight afterwards, when I decided to improve the game for my brother’s birthday.
Being the first video game I ever created, RPGGame first made me think about becoming a professional gamedev, although I didn’t make another game until nearly two years later.

The game was written in Java, and needs BlueJ to play.