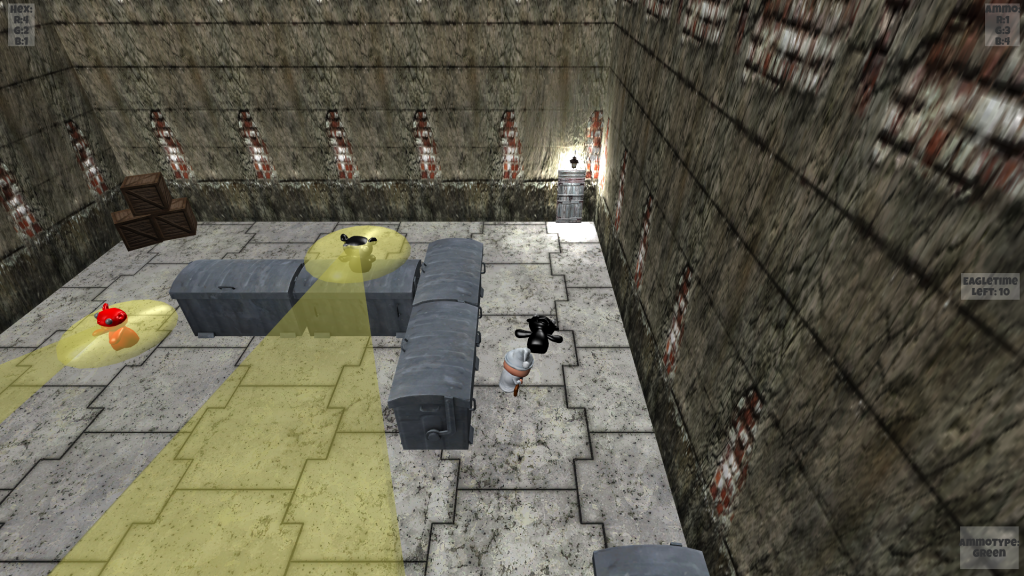 Codename 06F is a stealth-puzzle-top down shooter.
The player is an agent known only by their callsign “06F”. The player must infiltrate the evil Dr Black’s secret base to take him into custody. In order to do that he will have to avoid being spotted by the enemy henchmen or take them out, however with limited ammunition, the main focus lies on on keeping a low profile. The player can move, analyse the enemies for their RGB-Health values, and shoot three kinds of ammunition (Red, Green and Blue) to reduce the respective health. Challenge is created by adding more and stronger enemies, smaller windows of opportunity to sneak by, and limiting ammunition. In later levels the player has several different ways of beating a level.

I made Codename 06F as part of the application process to the cologne game lab from April 2nd to May 4th 2015, during my internship at Headup Games.
The task was to “outline a Game Concept on the following topic: 06F”. Interpretation of the meaning of 06F was up to us, and since in Hexdeximal it was a pretty shade of blue, I decided to go with that as a primary, and -with reference to 007- Agents as a secondary influence.

Codename 06F was my first original game concept, and although the execution wasn’t grand, I still look back on it fondly.